A SUPER BLUE MOON LIGHTED UP THE SKY !

For the first time in 35 years, a Blue Moon occured during a Total Lunar Eclipse on Wednesday, January 31st, an event some called “a super blue blood moon.” 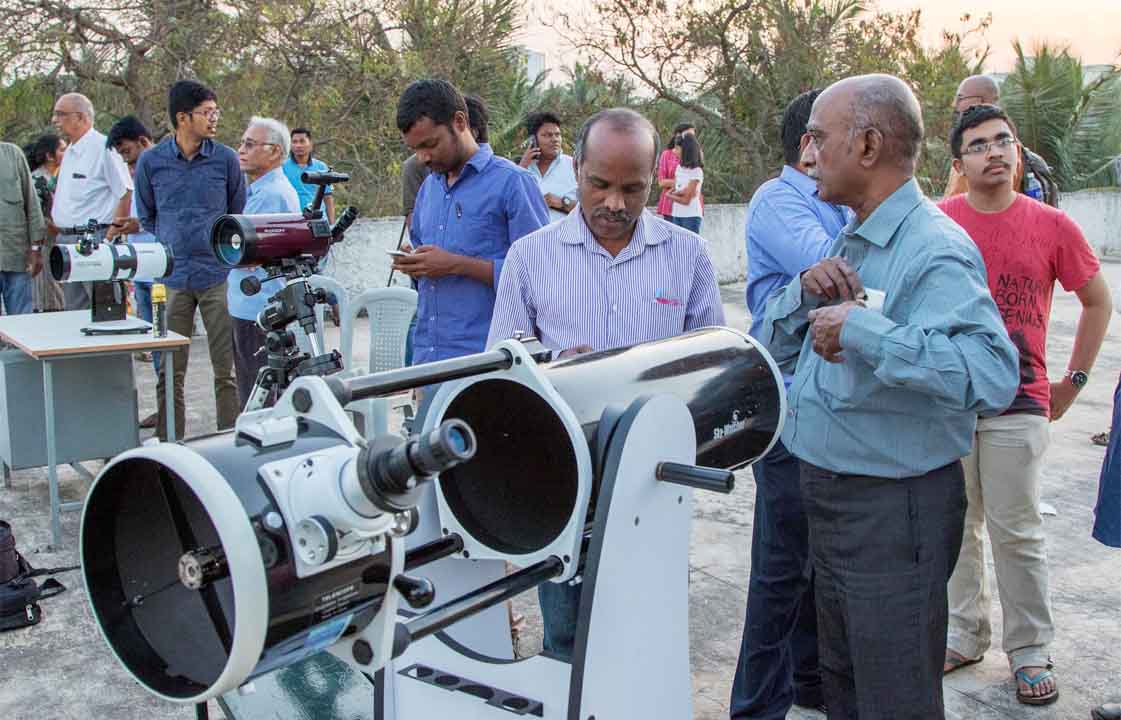 The Blue Moon is the second of two full moons in one calendar month. This Blue Moon was special because  it passed through the earth’s shadow to give us a total lunar eclipse that was visible from Coimbatore. Additionally, the alignment of the Blue Moon made it look like a Super Moon – due to its increased proximity to the earth, causing the moon to look slightly larger, bigger and brighter than the usual. And third, this full moon happens to fall during a total lunar eclipse, which is sometimes called a “blood moon” due to the reddish-orange light the totally eclipsed moon emits.

To witness this celestial event, The Astronomy club at Perks Marticulation Higher Secondary school had arranged a Lunar Eclipse Watch along with the experts of the Coimbatore Astronomy Club for the people of Namma Coimbatore on the 31st January 2018. The event was organised on our school terrace. The Eclipse watch was from 6:30 pm to 8:00 pm.

Powerful  telescopes, 3 numbers,  were arranged for the event and the Space Enthusiasts from the city had a lovely evening watching the Eclipse. Unlike a total solar eclipse, a total lunar eclipse cannot damage your eyes, making it safe to look at without any special glasses or equipment.

There were many young children who had flocked to see this rare event along with their parents and grandparents. Some children had brought their binoculars to view the event. The public stood in queues and took turns at gazing through the telescope. The experts from the Coimbatore Astronomy Club gave a lot of intresting information relating to the Eclipse and other objects in the sky. It was a very exciting and an informative evening for the people who attended this event.